Boston police said today they feared thousands of people will descend on the Hynes Convention Center later this week for a bridal show – only to discover the “show” was an Internet scam.

“What we found out is that there is no show,” Detective Steve Blair said at police headquarters this afternoon. “It was a scam.”

According to police, someone set up a bogus website and created accounts on Twitter and Facebook, all to promote “The Boston 411 Bridal & Home Show 2010.” The promotions claimed it would be held at the convention center March 5-7.

Blair said today an estimated 5,000 people paid at least $15 a person and that about 200 businesses also paid fees, ranging from $350 to $4,000. The payments were made through PayPal, police said.

Police said they began their investigation last week, but decided to hold a press conference today to alert the victims about the scam so they could cancel any travel plans they had for coming to Boston.

Police set up a special e-mail account they want victims to use so they can gather evidence in the case. The address is victims.bpd@cityofboston.gov.

The scammer or scammers have not yet been identified, but on the website announcing the bridal show, a woman by the name of Jamie Edwards of Boston appears to be the contact person for the fake event. The site includes a Boston-area telephone number.

On the bright side – the BRIDAL SHOW AT THE MASS MUTUAL CENTER IN SPRINGFIELD, MA this Sunday Mar 7th, 2010 is REAL. We will be in the DJ Network Booth. MassMutual show is HONORING THE BOSTON TICKETS for any bride that wants to come to this show.

Watch this at Boston.com

Thanks to Rob Alberti's After Hours DJ Service Blog for bringing this to our attention. 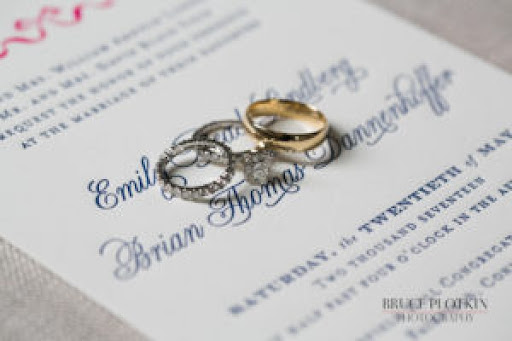 Hiring Your Wedding DJ Entertainer at a Bridal Show and Using Price Alone as a Deciding Factor Wow! this is a biggie. Of course, the price is a factor when hiring your DJ, but don’t let it be the single deciding factor.  A bridal show is a place to check out vendors and gain some insight.  Use that to your advantage. Ask your prospective wedding DJ entertainer questions to judge if you’re compatible. Is the highest priced performer always the best? Not necessarily, but on the other hand, hiring the least expensive entertainer is rarely the way to go either.  Inexperienced brides often mistakenly think of DJs as a “dime a dozen”, or a commodity. The fact is that each wedding DJ entertainer is unique. Like every profession, there are some who are great, others mediocre, and other who should never be allowed to perform! What Should Your Deciding Factor Be? You need to decide on the performer that is most qualified to perform your reception, that you are comfortable with (since the DJ will
Read more