July 11, 2009
Inviting Partners and Guests. If an invited guest is married, engaged or living with a significant other, that partner must be included in the invitation. A single invitation addressed to both individuals should be sent to spouses or couples who live together, while separate invitations should be sent to each member of an engaged or long term couple who don’t live together. Inviting single guests with a date is a thoughtful gesture, but one that is not required. If you are inviting a single guest with a date, try to find out the name of your friend’s intended date and include that person’s name on the invitation. Otherwise, inner envelopes may include “And Guest,” indicating that he or she may bring any chosen escort or friend. To invite or not invite children - this is a situation that can quickly get ugly. Make your decision and stick with it - then inform your guests through carefully addressed invitations. Children over 18 who are invited to the wedding should receive their
Read more 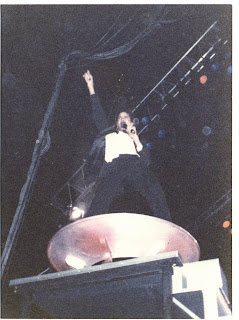 I will remember Michael Jackson for his music. As a DJ for over 30 years, his music has been the soundtrack of my life in nightclubs, on radio, at weddings and just about any social event that I've played music. Before, becoming the King of Pop, with releases like "Thriller", "Bad" and "Dangerous", I had the pleasure of seeing The Jacksons in concert on August 15th, 1981 at The Hartford Civic Center (picture). One of the most memorable concerts that I've ever seen, full of pyrotechnics, great music and Michael's signature dance moves. The Michael Jackson Memorial today in LA has reminded me of the wealth of his material. As an example, last weeks official UK Pop Chart on BBC Radio One had no less than 13 Michael Jackson songs in the Top 40. Within the last two weeks many of our clients have been requesting his music. Here are some of the most popular requests played at weddings: Billie Jean Don't Stop Till You Get Enough Beat It
Read more 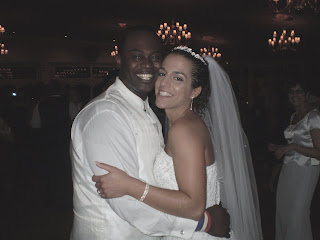 Randie & TJ celebrated America's Birthday by getting married.... Congratulations!!! Randie & TJ's Ceremony and Reception was held at The Aqua Turf Club in Plantsville, CT. The weather remained beautiful for the Ceremony in the Chapel-in-the Pines with Cocktail Hour, Dinner & Dancing in Kay's Pier North. Randie's parents Joe & Susan wanted a party atmosphere so they helped us put together a music list that kept the party going from the very beginning. We opened up the dance floor right after the Blessing & Toast and kept it open thru Dinner. In fact, the dancing never stopped and family and friends had a great time. As a special surprise Randie's father had me create a Custom Song Edit combining elements of the Ceremony & The Bestman's Toast. Here are some of Randie & TJ's favorites and some songs that kept the guests on the dance floor having fun: Soul For Real - Candy Rain Boyz II Men - Motownphilly Next - Wifey Bob Si
Read more
More posts