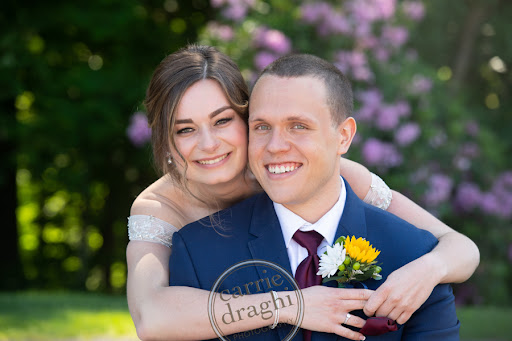 Real Wedding – Angela and Walter – Saint Clements Castle, Portland, CT . Angela and Walter grew up and went to high school in Suffield, CT. They became friends while working at Sunrise Day Camp. As it happens, Walter was a counselor and Angela worked on a research project at Stonehill College. Their relationship grew, even to the extent of Walter visiting Angela in the Dominican Republic whilst teaching students English. Walter proposed to Angela at their favorite spot Sunrise Park, just before a hike. Walter took a softball out of his backpack and threw it to Angela. When she caught it and read “Will you marry me?” written on the ball. At that point, Walter got down on one knee and Angela started crying and said an excited “Yes!” #MeetWalterAtTheAlter Walter and Angela’s Introduction Music: Chris Brown – Forever (instrumental) / LMFAO – Party Rock Anthem Walter and Angela’s First Dance: Rascal Flatts – Bless the Broken Road Angela and her Brother Song: Phil Collins – You’ll Be In
Read more
More posts