Atmosphere Productions: Getting Married in Connecticut 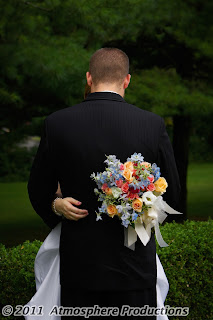 The Marriage License The following is provided for informational purposes only: Both parties must be over 18, apply and appear in person with a government issued photo identification at the town or city office responsible for Marriage licenses where the ceremony will take place. The application process takes approximately 15 minutes depending on the time of year and town or city office. The Marriage license fee is thirty dollars ($30.00 cash is best) and is valid for 65 days.  There is no waiting period or blood test required. Typical information required: *    Date & Location of the Marriage *    Name and contact information of your wedding officiant *    Full Legal Name, address, and telephone number for the bride and groom *    Social Security Numbers *    Parents' names and places of birth (including mothers' maiden names) If this is a second marriage your divorce must be final in the state where granted. You will need to show your divorce decree, annu
Read more 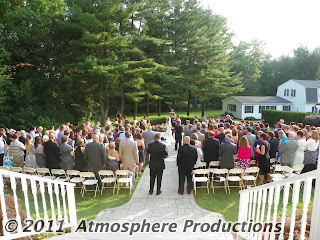 Allison was adamant that she wanted to dance a lot at her wedding!  Which did not surprise me at all... she's outgoing, bubbly and FUN.... just like her Mom, Robin, who I've known for almost 20 years and who is an ex-wedding professional.  Now, the shoe, as they say, was on the other foot and Robin would now be "The Mother Of The Bride". The Fox Hill Inn in Brookfield was the site chosen for Allison and George's Ceremony and Reception.  The grounds were neatly landscaped, with the dark clouds holding off just long enough for a short but elegant outdoor set up for a Ceremony with music provided by Atmosphere Productions. The Cocktail Hour was held upstairs at The Fox Hill Inn, a two-story mansion with a gorgeous marble foyer and a striking staircase, set back in a secluded part of Western Connecticut. Allison and George's Introductions expressed their personality with "Battle Without Honor or Humanity" from the Kill Bill Vol. 1 Soundtrack for th
Read more
More posts