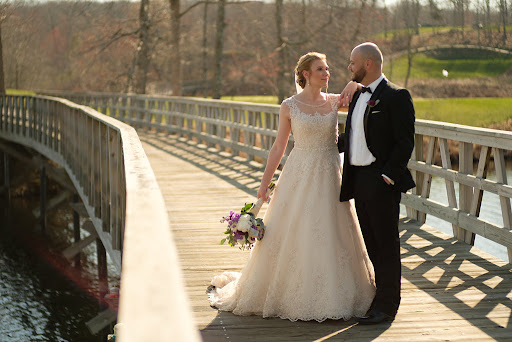 Eric Brushett Photography Real Wedding – Stephanie & Steven – Lake Of Isles, N. Stonington, CT. Stephanie and Steven met in Physics class (and on the Bozrah school bus) during their junior year of high school and began dating in 2009. They both attended and graduated from Central Connecticut State University, where their relationship grew as a couple. On September 3rd, 2016, Steven proposed to Stephanie at Disney World. It’s a fairytale proposal, starting with concealing the ring from the TSA and once inside the Magic Kingdom, hampered by Steven dropping the wallet containing the ring on the ground in front of Stephanie. Concluding with Steven practically begging and pleading a photographer to capture the moment of his proposal. Despite forgetting what he asked her, Stephanie said “YES!” to Steven and the moment was finally captured forever. Stephanie and Steven’s Introduction Music: Ariana Grande – Be Alright (Instrumental) Stephanie and Steven’s First Dance: Clare Bowen &
Read more
More posts