Atmosphere Productions: 4 Wedding Trends That Can Make Your Day 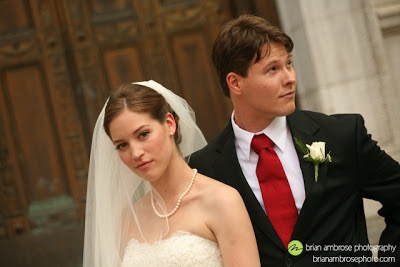 TheKnot.com and WeddingChannel.com, recently released the results of its annual Real Weddings Study. This comprehensive report surveyed more than 17,500 US brides married in 2012.

HONEYMOONS ARE HAPPENING. Honeymoon planning is less affected by economy.

For the past several years, brides reported that due to the economy, they were opting to postpone their honeymoons to keep wedding budgets in check. In 2009, 82% of couples took a honeymoon, compared to 77% in 2011. For the first time since 2009, this number remains steady and is no longer declining; in 2012 more than 3 in 4 couples (77%) took a honeymoon. As we see the economy's effect on wedding planning continue to lessen, the impact on honeymoons continues to lessen too.

BRIDES HAVE THE BLUES. Blue is the most popular wedding color.