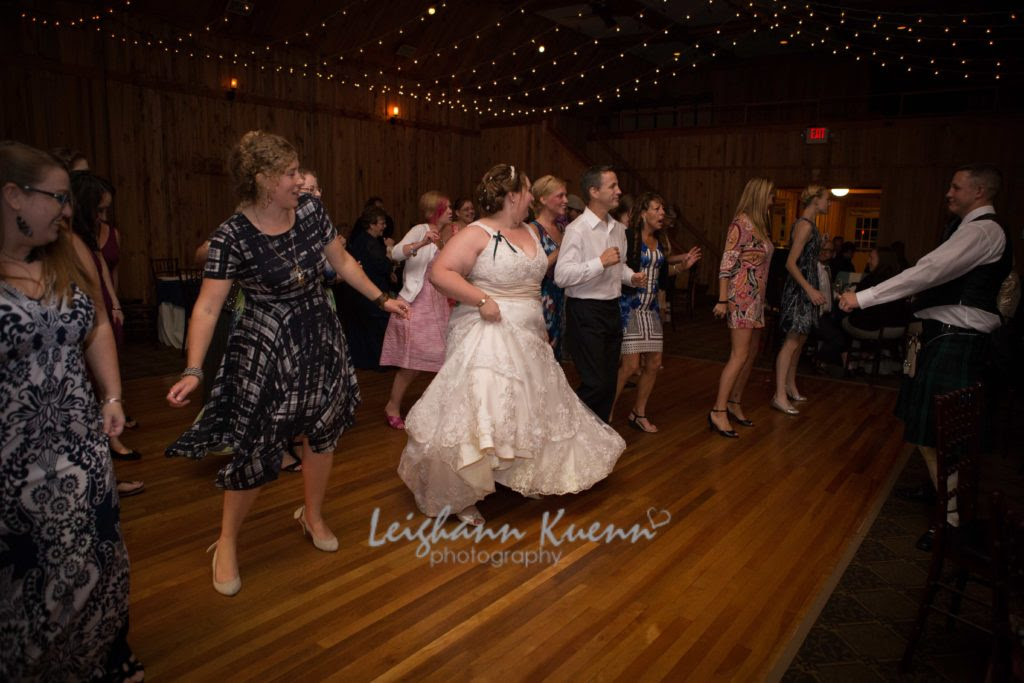 Some of these are over played wedding songs that you love to hate….. but some do have a back story that may interest you.  That may not change your mind to add them to your wedding song list:

This unique Polka is often considered an Oktoberfest standard.  Stories claim that the song was written in the 50’s by Swiss Accordion player Werner Thomas in Davos, Switzerland while tending a flock of Ducks and Geese.  Originally entitled “Der Ententanz” (The Duck Dance), the tune crossed the Atlantic via traveling Polka bands and became “The Chicken Dance”.

The dance was popularized in the United States in 1981 during the Tulsa, Oklahoma, Oktoberfest by the Heilbronn Band from Germany. They wanted to demonstrate the dance in costume but there were no duck costumes available anywhere near Tulsa. At a local television station, however, a chicken costume was available which was donated for use at the festival. And that is how the “Chicken Dance” got its name.

There are many versions of the poultry theme song also known as “Vogeltanz” (Dance Little Bird), “Dance de Canards” and “The Bird’s Dance”.

The song is said to have originated in England as “the Okey Cokey” and popularized by G.I’s in England during World War 2.  Bob Degen of Lexington, KY owns a 1944 copyright of the song “The Hokey-Pokey Dance” but Larry LaPrise, legend has it, “invented” the song for ski crowd at a Sun Valley, Idaho resort in the 1940’s and recorded it in 1949 with the Ram Trio.  The rights were bought by Ray Anthony who recorded it as the ‘B’ side to “The Bunny Hop” in 1953.  Larry LaPrise, died April 13, 1996 in Boise, Idaho, at the age of 83.

“The Time Warp” is without a doubt the most popular song from The Rocky Horror Picture Show movie released in 1975 and starring Tim Curry & Susan Sarandon. The original 1973 London Theater Company production written by Richard O’Brien was only meant to run for 6 weeks.

The movie musical was a flop but went onto cult status when on April 1st, 1976, it was played at the Waverly theatre at midnight. It was a success, and rapidly developed a large following. The regulars started dressing up as characters from the movie and even started yelling things back at the screen. This escalated to the audience participation we have today.

The song is played on the radio, at clubs, at school dances, and even by marching bands. People who have never seen the movie often know how to do The Time Warp.

The Village People was created in 1977 by French record producer and composer, Jacques Morali. The group was named after New York’s gay district in Greenwich Village. It is believed that the group was designed to attract gay audiences while parodying some of the stereotypes found in the gay community. As everyone knows by now, the group was made up of “macho men,” including a cop, a construction worker, a cowboy, a biker, a Native American and a soldier.

The Song “YMCA” was released in 1978 and reached number 2 on the Billboard Top 40 Charts. Y.M.C.A. stands for “Young Men’s Christian Association,” which is commonly associated with the gyms that often provide temporary housing to men.

Originally considered an anthem for the gay community, the song has long been popular with people from all walks of life. It’s become the most frequently performed song at sporting events in the U.S. with everyone singing and dancing using the well-known arm movements that spell out the letters Y-M-C-A.

‘The Electric Boogie’ was recorded by Marcia Griffiths and produced by Bunny Wailer in 1982. Griffiths was one of Bob Marley’s backup singers, the iThree’s, for nearly a decade, and Bunny Wailer was a Wailer.

In 1989, the song exploded into popularity. Numerous re-recordings and re-packagings ensued and ‘The Electric Slide’ emerged as a Washington, D.C. and Virginian dance craze which quickly infected the rest of the country.

Strangely enough, despite it’s enormous international popularity, the song never cracked the US Top 40 charts but was hugely popular in the clubs at the time.

Join us next week for Part Two….

Celebrating over 30 Years in the Wedding/DJ/Entertainment Music Business

Member of The DJ Network

Member of The West Hartford, CT Chamber of Commerce

Member of The Association of Professional Entertainers